Back aboard and afloat

A busy couple of weeks now behind us, we are able to cruise once more.
We arrived in Corre on May 5th to find Antiope had survived the winter in good shape, despite temperatures down to -17 deg C at times. 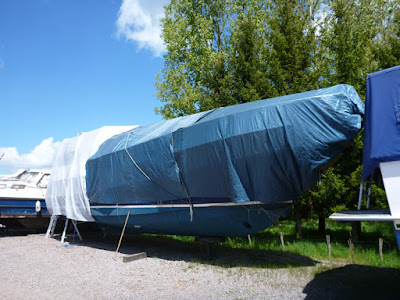 May 5th, Antiope under her winter coat, at Corre, France.

On May 8th we attended the local VE day commemorations and were then invited to join the Mayor for drinks and nibbles at the town hall. Corre was a centre for French resistance during the last war,

During the NZ summer I had constructed a new teak hatch and we carried it dissembled in our travel bags. The old hatchway had been too small to allow extraction of the old washing machine, which must have been 'built in' since the boat was new.  A side issue was that the old hatch had started leaking anyway. 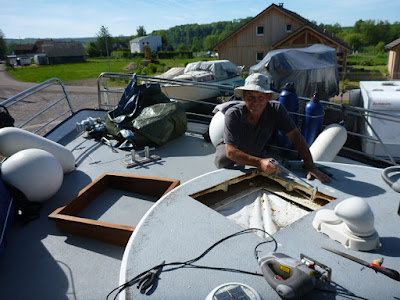 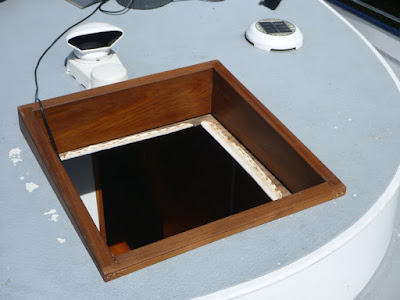 After two seasons and many miles Antiope needed a couple of weeks cleaning and painting before launching, 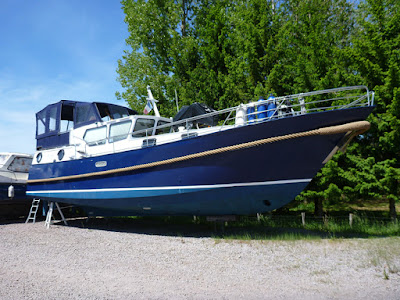 All clean and ready for launching May 17th 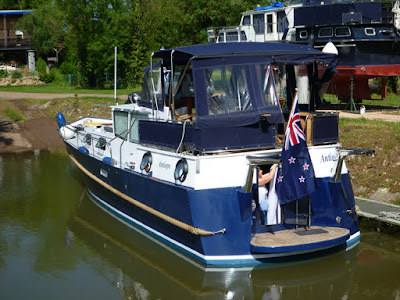 Antiope is back in her element, and keen to go exploring.

As I write this, we are tied up in a quiet backwater only a few miles downstream from Corre, a glass of wine is next on the agenda.

Posted by Charles Scoones at 08:21