An Author at last 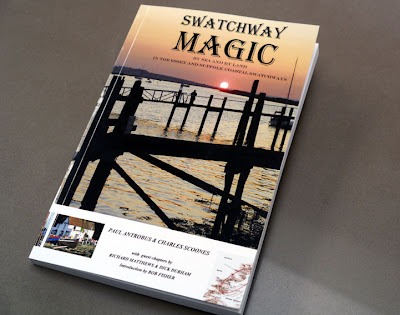 There is a saying, that there is a book in all of us. Well finally I can claim my place, with my name on a pubished work. Nothing grand, a modest paperback, however, the book 'Swatchway Magic' has been in the pipeline for over 10 years now. So, what is it all about? A boating tale of course, but also a nostalgic photographic journey along the Essex and Suffolk coast of England where I learned to sail.
The original Idea was hatched back in 2000 when co author Paul Antrobus was staying with us in Auckland. We had both sailed this coast and experienced the magic back then.
So What has this got to do with Antiope? Well she features in the text and her passage down the Thames and eventually to the Netherlands forms a thread through the book.
Spare a moment while browsing and google 'Swatchway Magic' to learn more. The book is now available through some london bookstores, Amazon, Kindle, or drop me a line for an Authors copy. 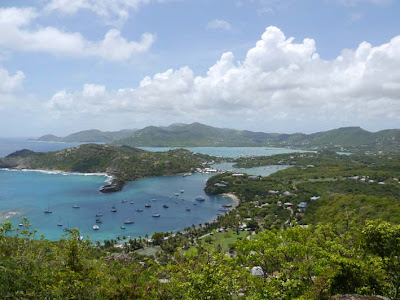 The writer was invited last month to help crew a yacht from the Carribean to Newport, Rhode island.
The opportunity was too good to refuse, It has been many a year since I last sailed into English Harbour Antigua, at the end of my first Transatlantic crossing, so I was keen to see how much things had changed. Yes there are now rows of mega yachts being preened by their professional crews, but Nelsons dockyard has survived and been restored much as I remembered it.
A rum in the Admirals Inn was mandatory.
our passage, Due north by compass was very comfortable, not difficult aboard the 68ft Swan, 'Toucan'. That was until we reached the Gulf stream. This uncannily warm flow of water was being pushed up against the eastery wind the resulting lumpy seas caused our staysail stay to let go high up the mast, of course this happened in the dead of night. Taming a 75 ft steel serpent encased in a heavy wet sail does focus the mind.
The coast of America was heralded by rain squalls and grey mist, The moan of a foghorn from Brenton reef light was all we heard as we crossed the infamous waters where Americas cup battles had been fought over in decades past.
My first visit to Newport left me with the impression that The Americas Cup was still around somewhere perhaps in a clubhouse nearby, A deightfull time warp new England town just waking up for the season. Alongside us at the boatyard, the legendary 12 metres American Eagle and Intrepid were being rigged for the charter season. 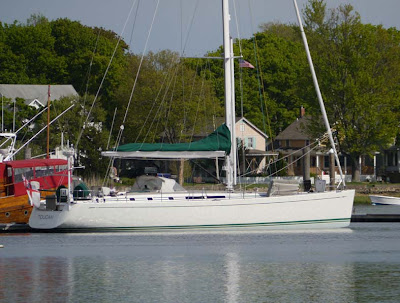 New York was close enough for a visit by train, so in an all too short couple of days I saw the sights, Watched the world pass by in Times Square, rode the Staten Is ferry, and paid my respects at 'Ground Zero' 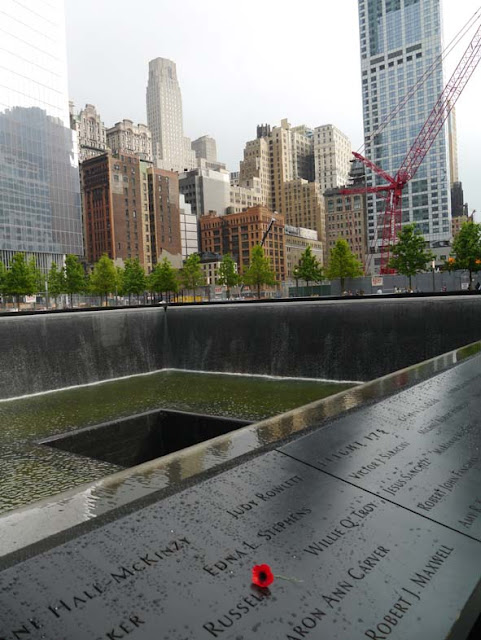 On then to London. Meet up with my long suffering wife Annie, and start planning for our cruise aboard Antiope. 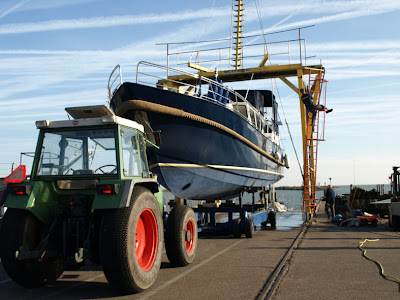 Antiope wakes after her winter sleep.
Our partners Roger and Robyn, are first aboard this season to commission Antiope. Relaunching in Enkhuizen they have cruised to Hoorn, Edam, and at last report were in the Hague. The general plan this year is to head south to warmer latitudes. 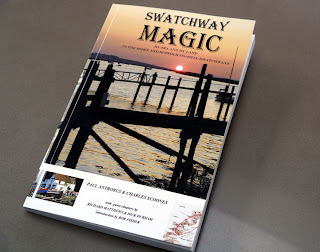 Posted by Charles Scoones at 08:44 No comments: