After a busy couple of weeks, we are heading back up the Saone river and away from Lyon. 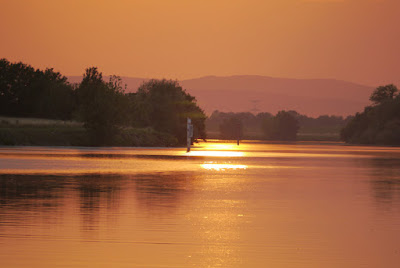 Sundown on the Saone, the longest day

We were able to leave Antiope in the marina at Lyon for ten days, due to the kindness of the port capitaine, not something we could get away with in mid season, while we took an easyJet flight up to England. It was about time we caught up with old friends and relatives. While there we were able to see progress on two boat restorations on opposite sides of the country. 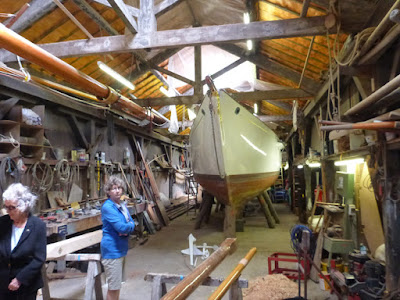 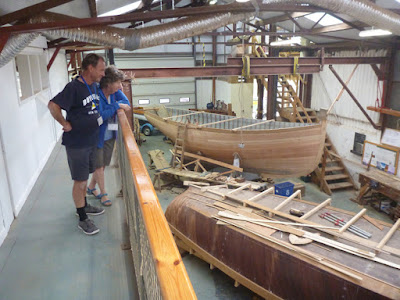 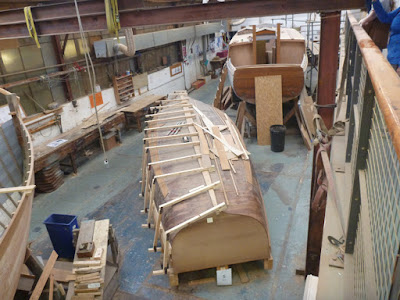 I was once the proud owner of Swan before moving to New Zealand. Her current owner is having her restored to her 'as built' condition, Work is slow as she is being used as a teaching tool, but there is progress. 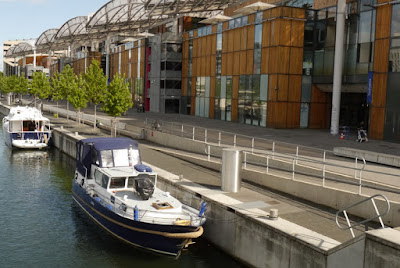 Antiope in Lyon alongside the massive Confluence shopping centre.

Lyon has several building facades completely covered by incredible murals, this is the most striking. Look closely at the bank front mural below, bottom right on whole mural. 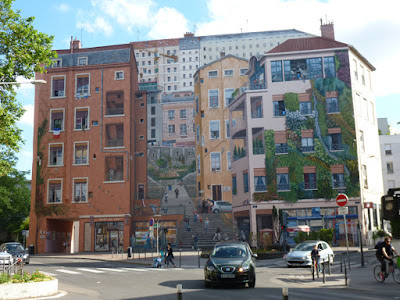 This is all one mural !  6 stories high 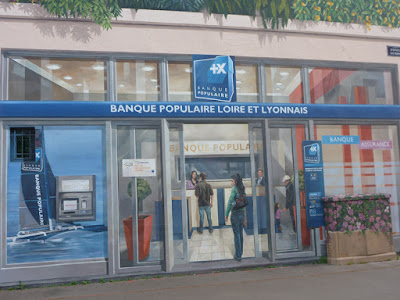 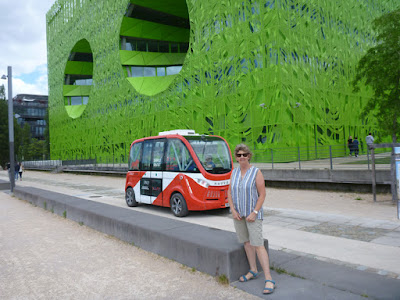 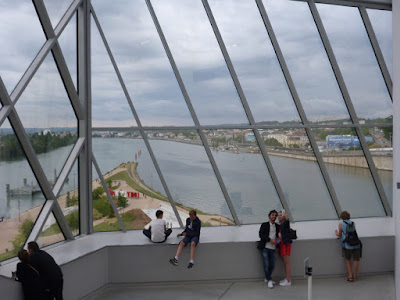 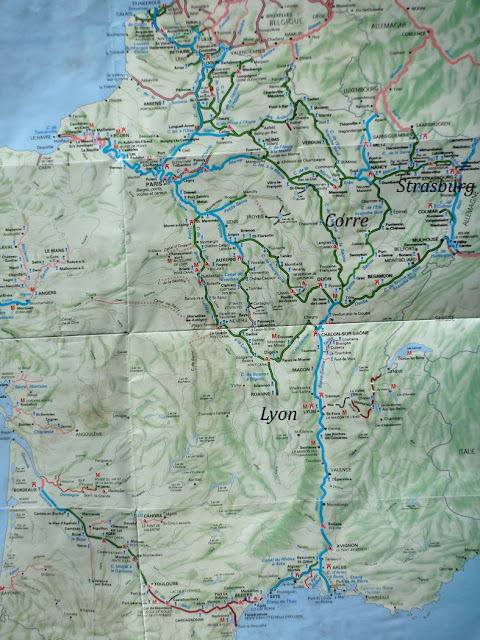 This map may help to follow our track. Starting out from Corre down to Lyon and now heading North and East towards Strasburg

Down the Soane to Lyon

As I write we are moored in Lyon, What a friendly city.
We are just over two weeks out from Corre and into cruise mode, we have traveled the navigable length of the Soane river to where it joins the river Rhone, which runs down from Switzerland and all the way down to the Mediterranean (look it up on Google maps) Here we will turn around and head back upstream, Although the Med is only four days cruising down river from here, that trip is for another season. 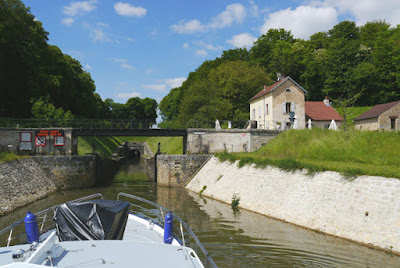 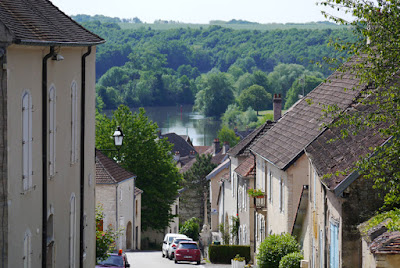 An overnight stop in the sleepy village of Ray sur Soane. 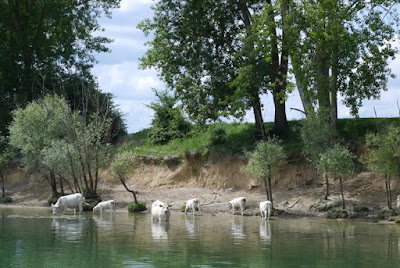 A cool spot, Summer has kicked in. 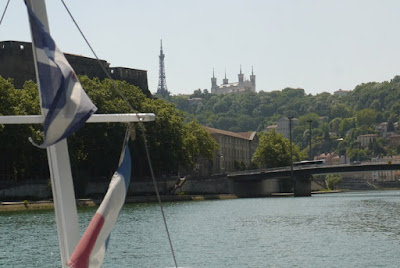 We approach Lyon, the Basilica dominates the skyline 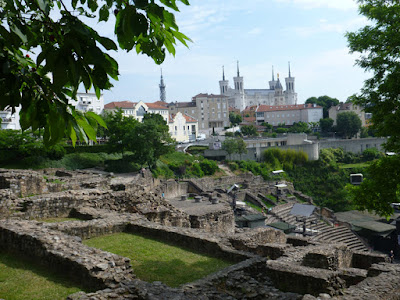 The Romans left their mark on Lyon 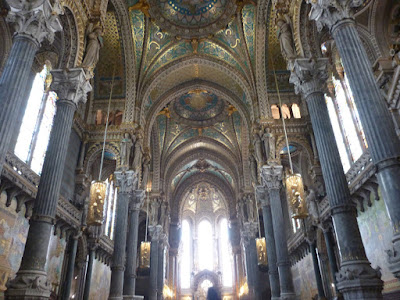 The interior of Lyon Basilica, magnificent! 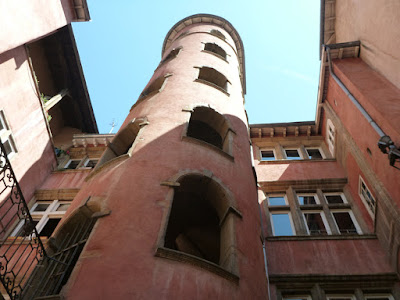 Having located a secure marina berth for Antiope, Annie and I will fly up to England from here for 10 days, to catch up with folk we missed last year.

Posted by Charles Scoones at 14:33 No comments: