Boating in the clouds


The first commercial craft passed across the summit level of the Bourgogne canal and through the Pouilly tunnel in 1832, At the time it was the only navigable route from Paris to the South. 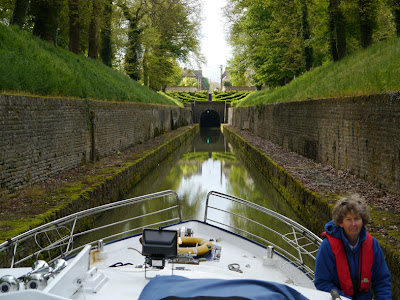 We head carefully towards the tunnel

The tunnel has the tightest gauge of any in France.quite remarkable and 300 meters above sea level.
After much running around with a tape measure, fenders lashed to our extremities and clutching our pass from the eclusier we ventured carefully into the 3km darkness. 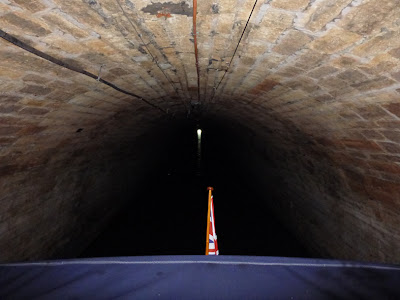 Three kilometers without touching the sides!

The reality was far less daunting, and 40 mins later we emerged into a new landscape. 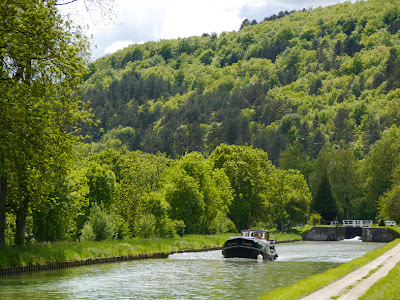 It was now all downhill to Dijon through 76 locks on the most scenic of waterways, Chateaux to visit, The weather was still cool and June already. 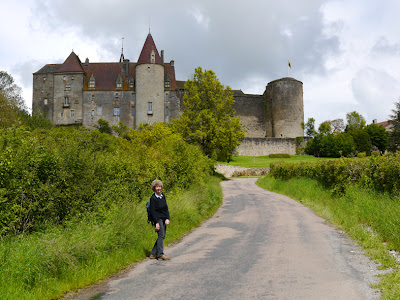 Hills to climb and Chateaux to visit 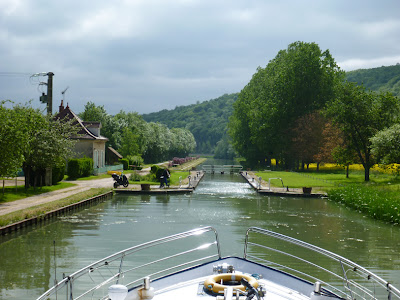 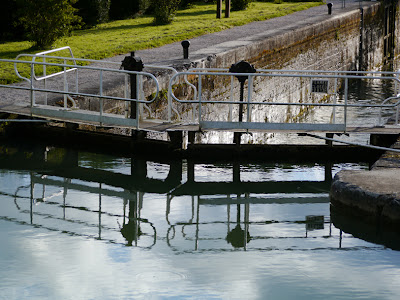 76 locks on the downhill side 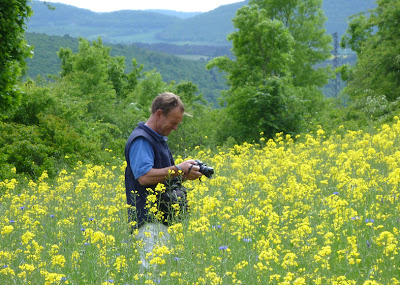 The author in a field of mustard 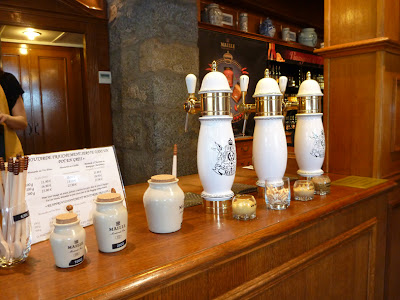 No not beer. but mustard from the pump!

The locks average 1 per km, so progress is slow, Dijon is the home of Mustard I had no idea how many varieties.

Posted by Charles Scoones at 13:30 No comments: