Although We have cruised a few kilometers since the last update, I have lacked the enthusiasm to report.
The Summer weather has eluded us until now...the first week of October! We have had no rain for almost a week now, plus record temperatures.
Our plan was always to explore the Netherlands before heading down to France next season. We have certainly done that, cruising from Maastricht in the South to the Northern coastline where we looked out on a bleak North Sea. 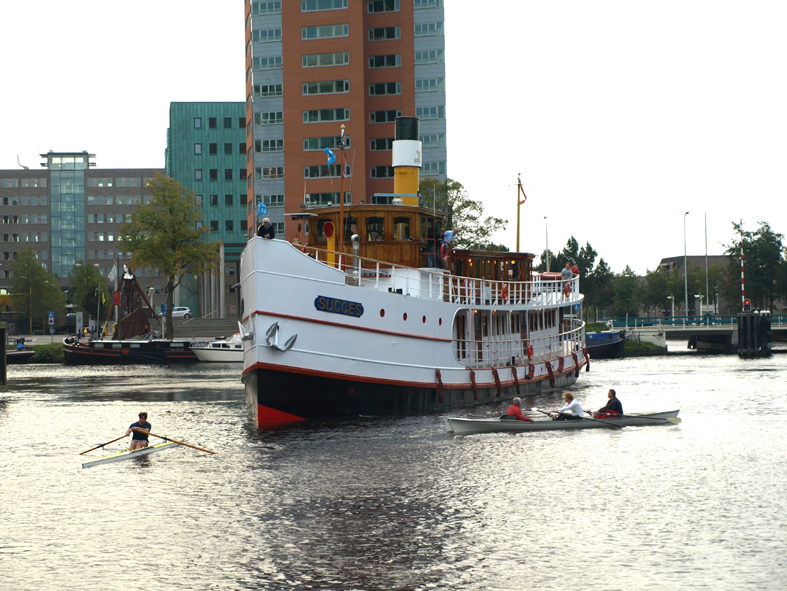 Who gives way!
Our journey North followed the Maas river, sharing the waterway with massive commercial barges, quiet backwaters providing havens for the night.
At S-Hertogenbosh cathedral we were told to look out for the Angel on the cellphone. Oh yea, pull the other one! But there she was,carved in stone- Jeans, shoulder bag and cellphone up there on the roof with all the others. 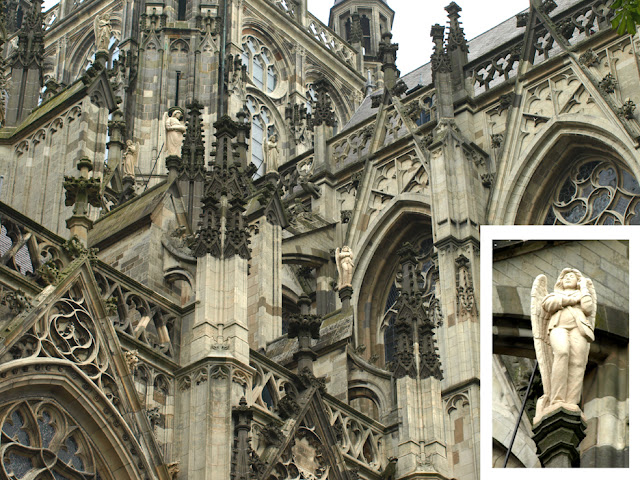 The Angel on the cellphone

Where we could, we stayed off the main waterways, bypassing Rotterdam and Amsterdam. The Vecht river has to be one of the prettiest waterways, taking us to the Markermeer and the now landlocked inland sea that used to be the Zuider Zee.
Here we found the rich maritime history kept alive. Museums were out of the wind and rain, we learned all about the Dutch East India Company, and Admiral Micheal de Ruyter, and his battles with the English.
Tradtitional barges have been restored and are sailed enthusiastically. At Enkhuizen a whole village has been preserved as an active working museum. Across the IJsselmeer in Friesland the land is half water. We make it back to Sneek where two years ago our search for a boat began. 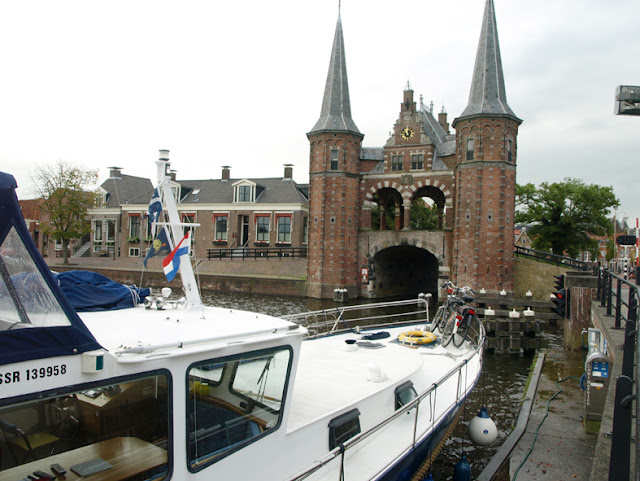 We moor by the Watergate at Sneek, where we first started our boat hunt

By mid september the season was winding down, people had had enough of the weather, We too wanted to get back on the plane. Suddenly Summer happened.
The deserted squares and open air cafes reopened, and boaters pulled off their covers again. One of the highlights of this time was a visit in Meppel to the Korenmolen "De Weert", a fully restored and working flour windmill. 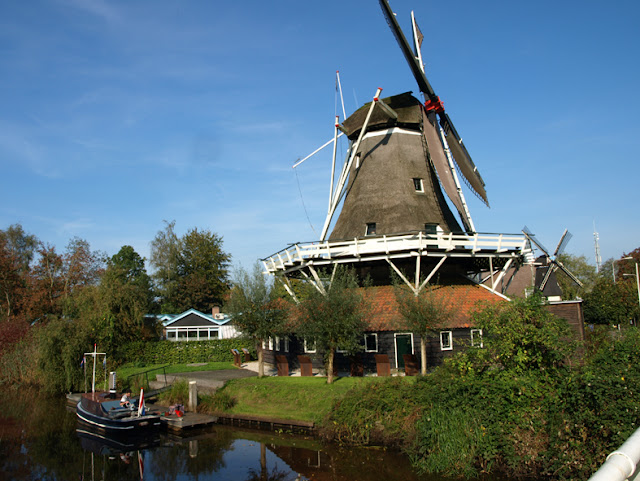 The working mill at Meppel
We visited Lelystad they have rebuilt the Batavia, a Dutch East Indiaman. Not satisfied with that they are now rebuilding de Ruyters flagship, The Seven Provinces, from scratch! 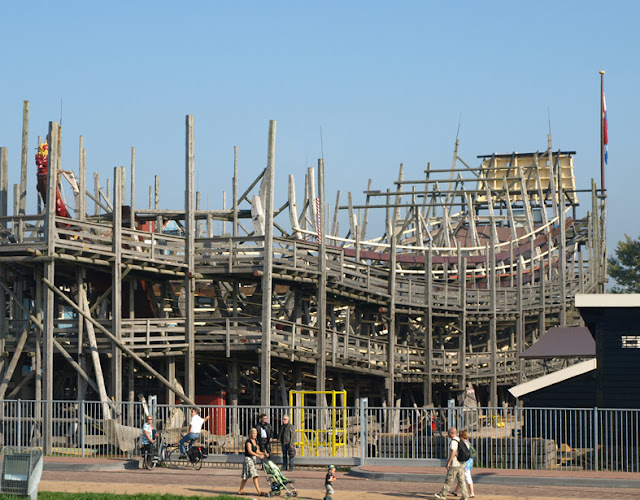 The Seven Provinces, de Ruyters flagship, being rebuilt from scratch

The mornings are misty now and the days shorter. In a week we will be hauling out for the winter in Enkhuizen.

Posted by Charles Scoones at 05:58 No comments: