Berlin to the Baltic

Having spent four weeks exploring Berlin and the lake areas around this amazing city, it was time to head North and West to our planned winter home for Antiope in Travemunde, 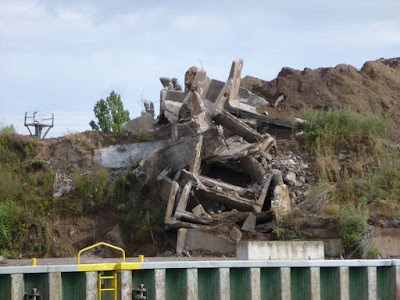 The Berlin wall 25 years on. on the tip! 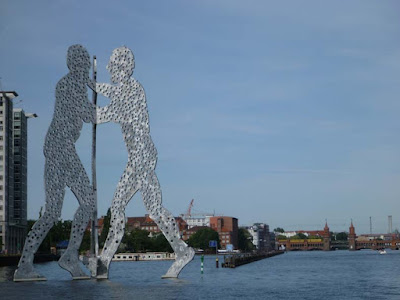 We depart Berlin by his massive artwork on the Spree river

We stop in Potsdam to see Palaces and the site of the Post war Potsdam agreement. 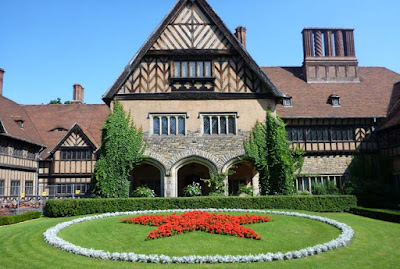 Schloss Ceciliedhof, where the fate of post war Germany, was thrashed out. 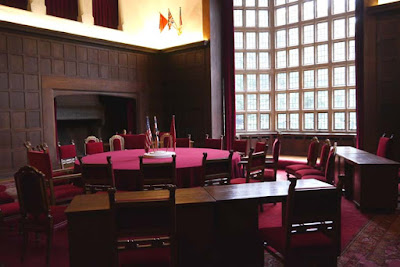 Truman, Stalin, and Churchill sat at this table to map the future shape of Germany 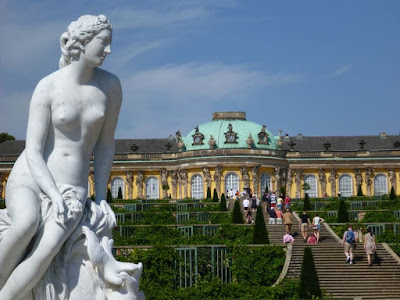 Sans Soussi, just one of the royal palaces of the Prussian Kaisers

We head North into the Mecklingburg region of lakes and narrow waterways. 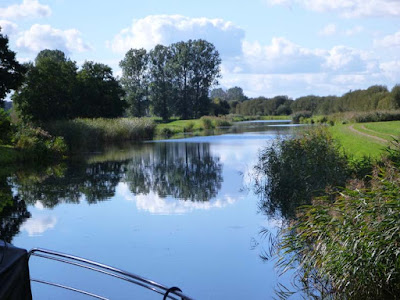 The Mecklingburg region is remote and enchanting 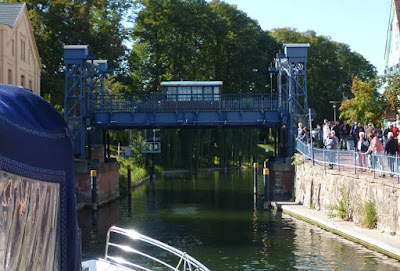 The old lift bridge at Plau 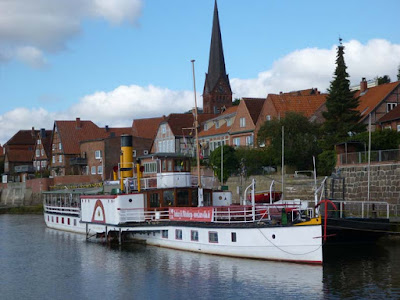 The Kaiser Willhelm, The recently restored veteran. at Launenburg 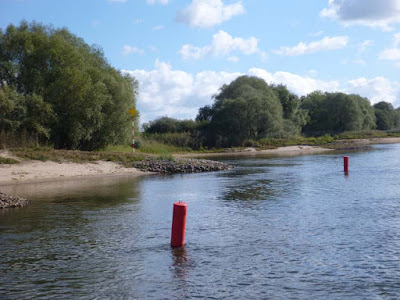 These fisherman are near the middle of the Elbe river

Timber from the Baltic, on the Elbe Lubeck canal

Lubeck waterfront, we are on the doorstep of the Baltic 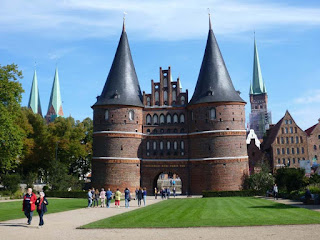 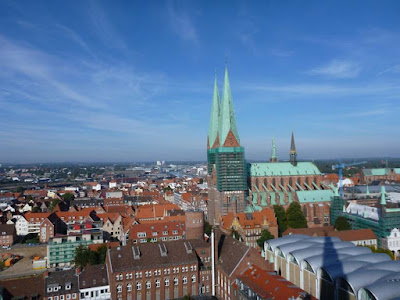 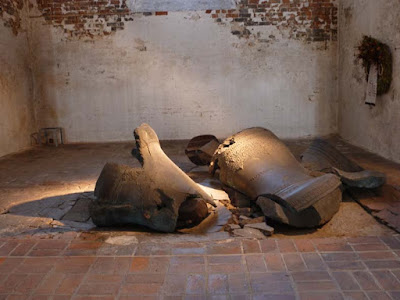 Lubeck the Merchants church was destroyed by RAF bombs.
Its' bells lay where thaey fell. 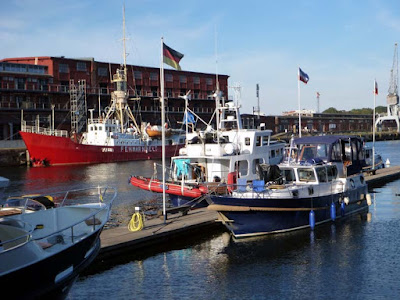 Antiope alongside in Lubeck 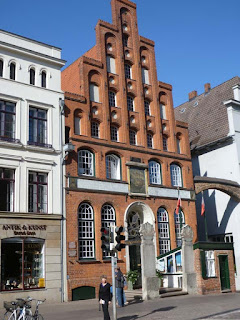 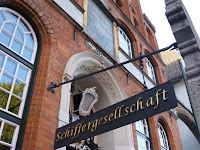 The Schiffergesellschaft. dates from 1400 where shipmasters and merchants met and traded 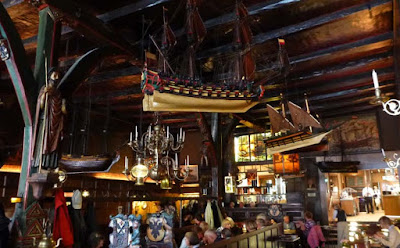 Now a restaurant we dine in the original rooms

From Lubeck we will cruise down the Trave river to Travemunde and a shed for the winter.