A Tale of Three Rivers

Another season has drawn to a close.
We are home in New Zealand and 'Antiope' is snugged up for the winter 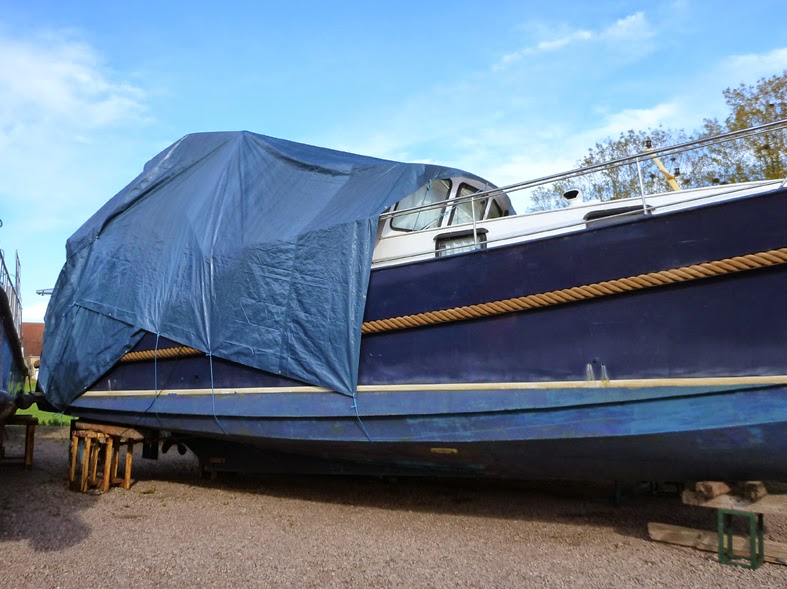 Antiope ashore at 'Corre' on the Soane river

A big gap here since I last updated this blog.for all sorts of reasons.

Since my last posting Antiope cruised on to Nancy in a very hot 2013 July, then with our partners at the helm, South as far as Lyon before laying up for the winter in 'Corre' on the canal de l'est. Back in the water in May, Antiope headed back towards Paris and onwards to the Somme. Where Annie and I rejoined her in Amiens. for this seasons cruise. 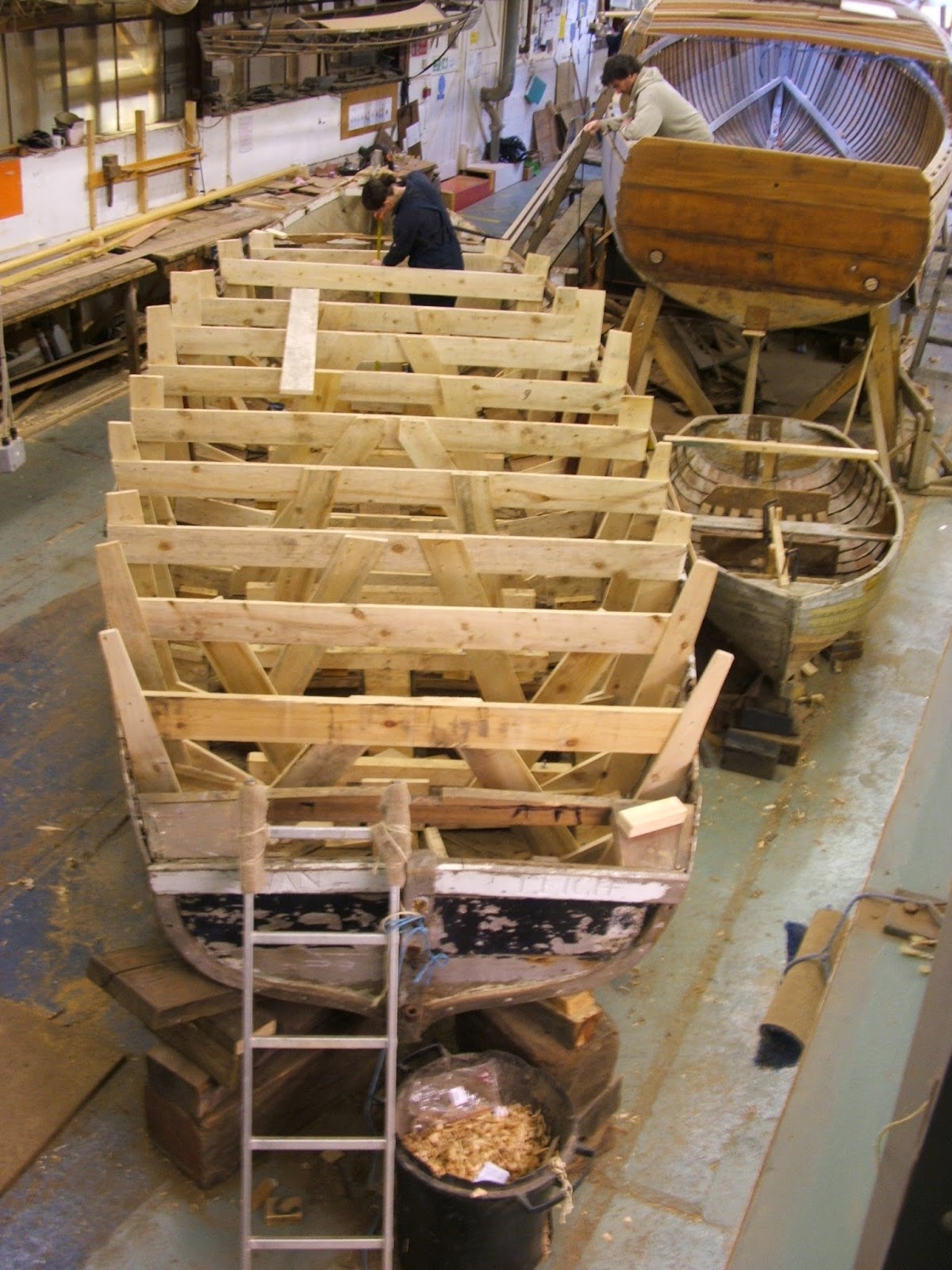 Swan built in 1897, under restoration 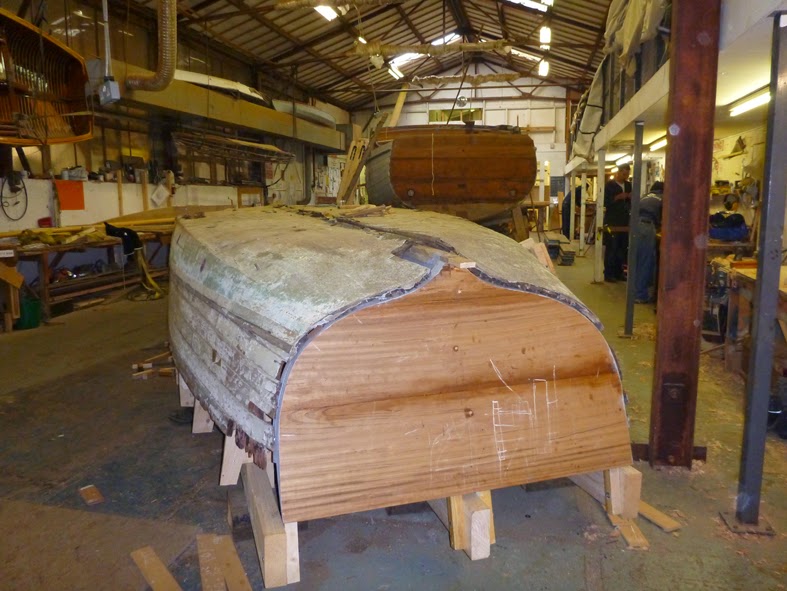 New timber in the  transom

Before heading over to France and while seeing folk in England I had the opportunity to see my old boat 'Swan' which is now under restoration in Lowestoft Suffolk.
Built in 1897, Much of her history I have recounted elsewhere in the book 'Swatchway Magic' I can now post this update. Swan had been approved for restoration by the International Boatbuilding Training College in 2009 as a rare example of Victorian Boatbuilding. Now after waiting in line since then, and safe under cover, her turn has come. Her current owner got in touch with me to say that work had started. Stripped to a shell she lay stranded in the workshop. With temporary frames set up new timber was being knitted into her hull. I look forward to another invitation to see her refloated and perhaps sail her once more. 'Swatchway Magic' is available from Amazon.com and some yachting type bookshops 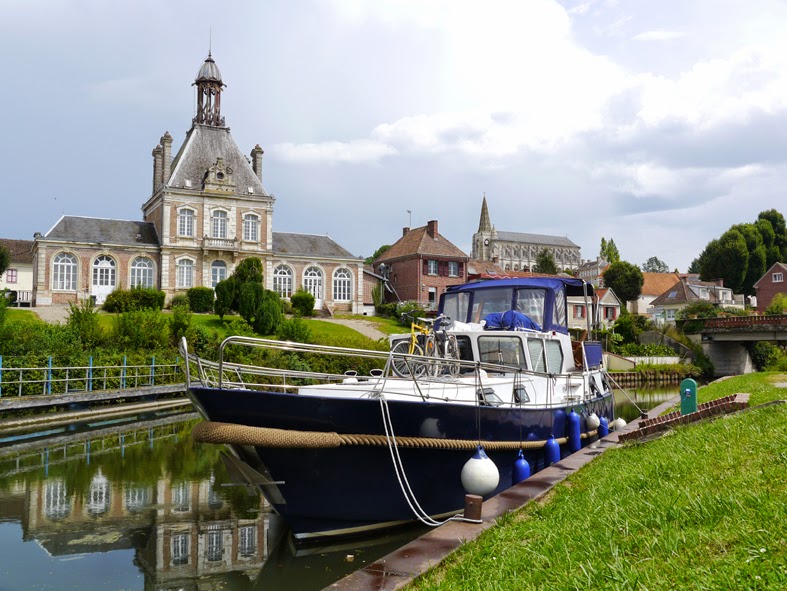 Our cruising this year was largely unplanned and governed by family events beyond our control, which shall be my excuse for not attending to this Blog, However Annie and I have enjoyed our time together aboard with possibly the best weather we have experienced in the past few years.

We rejoined Antiope in Amiens, and decided to explore the lower reaches of the Somme as far as the sea at St Valery. It was from here in the Baie de Somme that William set sail back in 1066 to do battle with Harold and conquer England 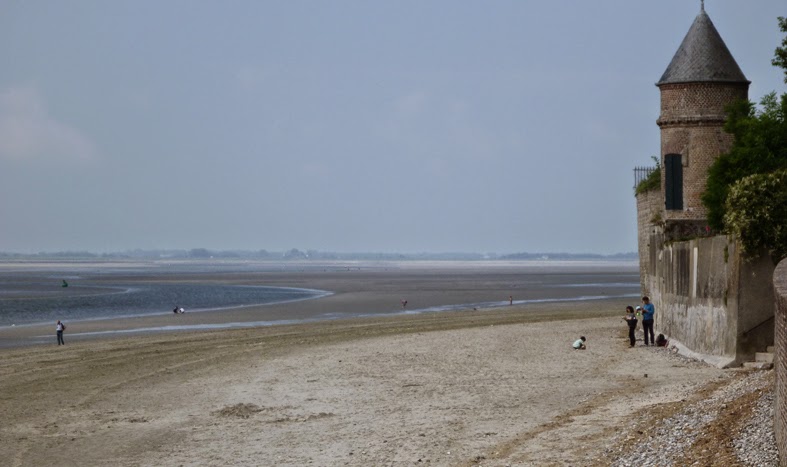 Baie de Somme, from where William set sail for England 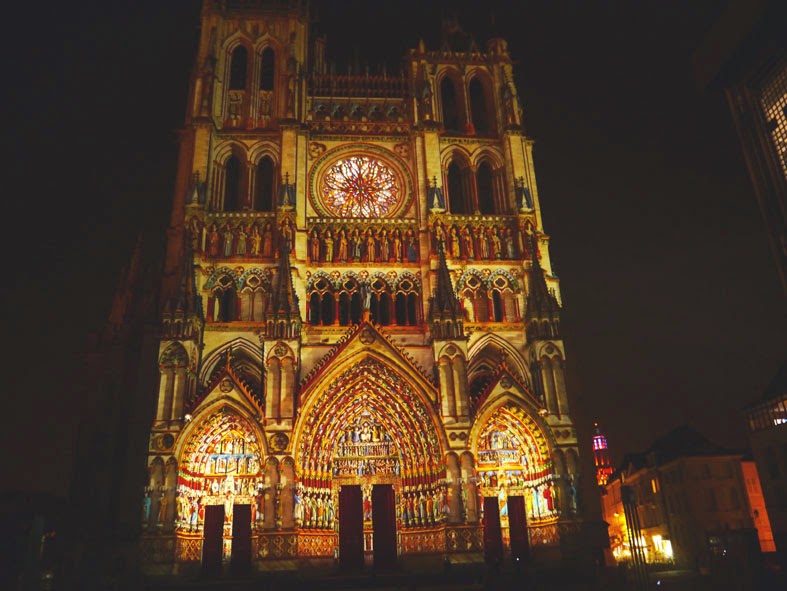 The spectacular sound and light show at Amiens Cathedral 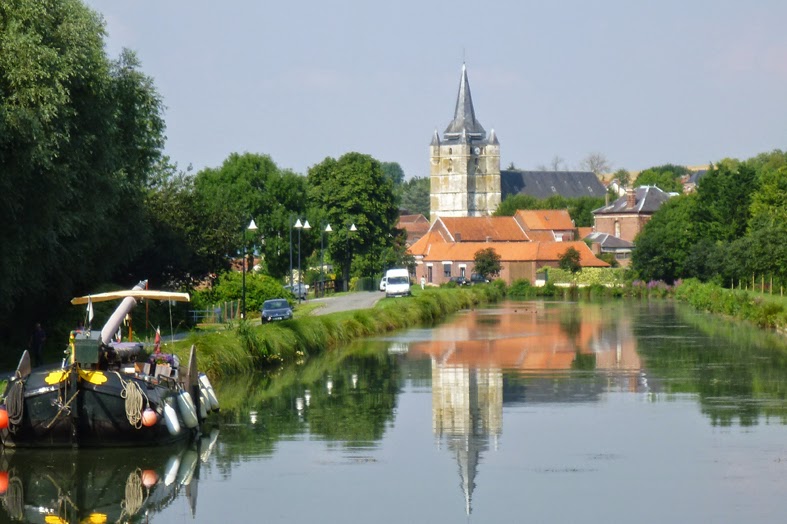 The Somme at Cappy, for 4 years, this was the front line in WW1

We gently cruised the navigable length of the Somme to where it joins the Canal Du Nord, turned right and headed towards Paris, however instead of the direct route we followed the Aisne to Reims. 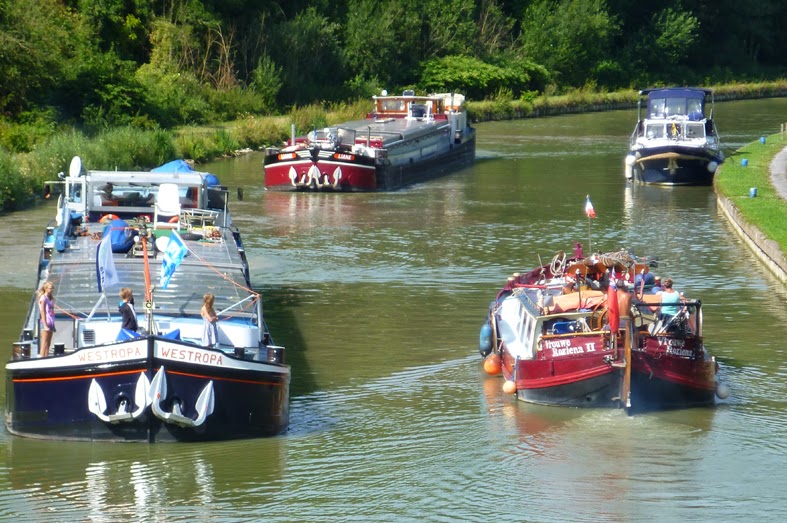 Busy morning on the Aisne

In Reims we found secure moorings close to the vibrant centre of town, Reims has emerged from the devastation of two wars and is well worth a visit. While there in a rather plain looking school building behind the railway station we visited the room where in May 1945 The German High command signed the 'instrument of surrender'. 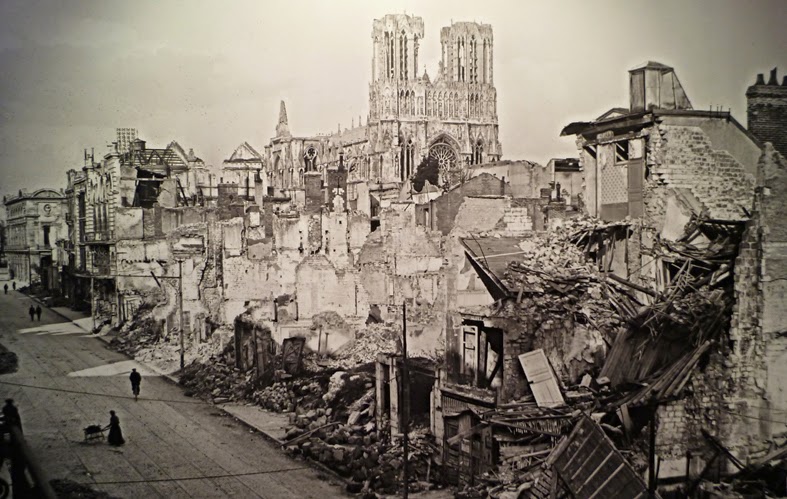 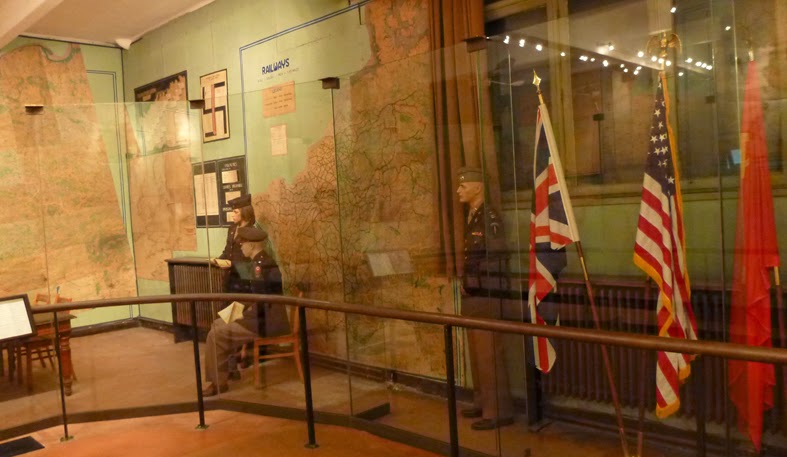 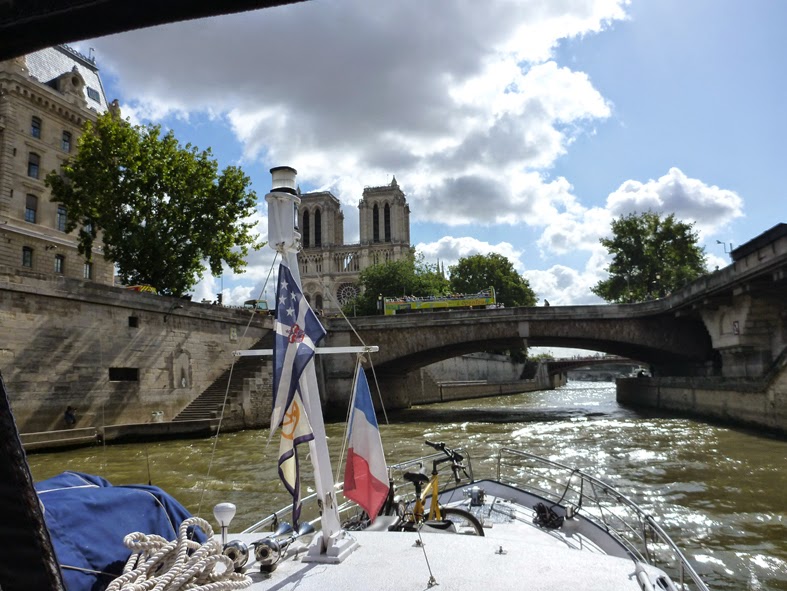 We cruise into Paris 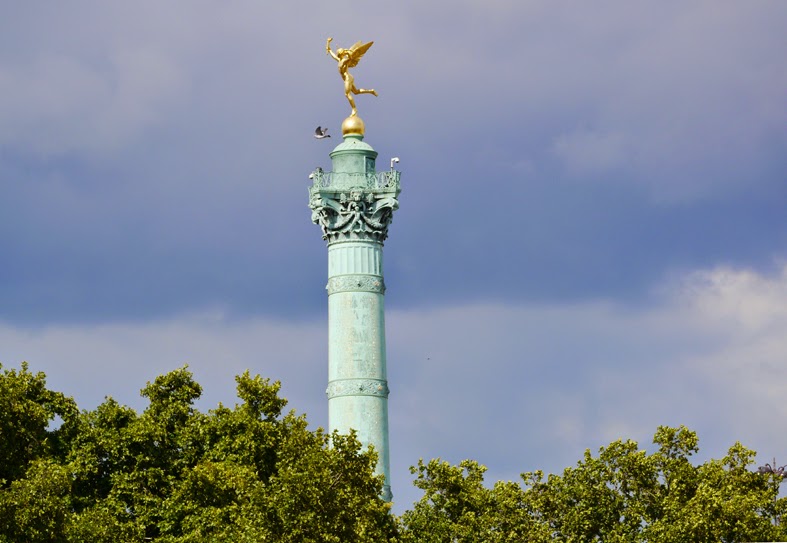 and moor in the shadow of the Bastille monument
We have moored in Paris before, always a great experience, however this time we came in by the back door along the little known Canal st Martin, built back in 1802, by order of Napoleon 1st 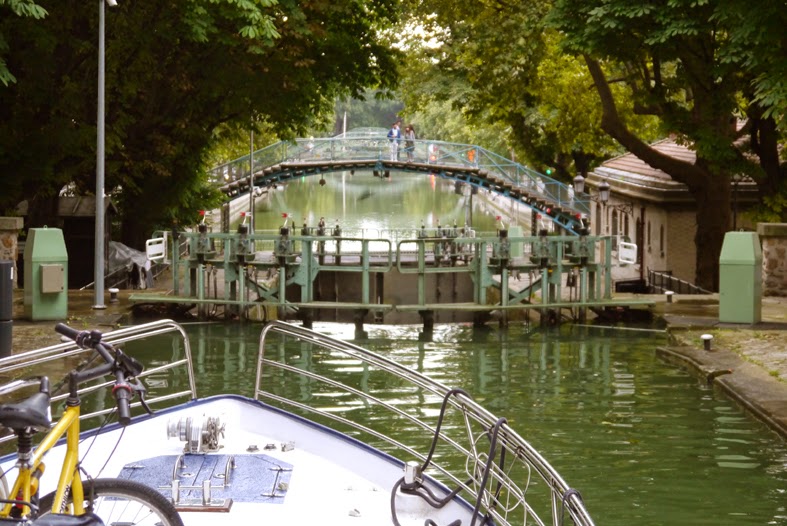 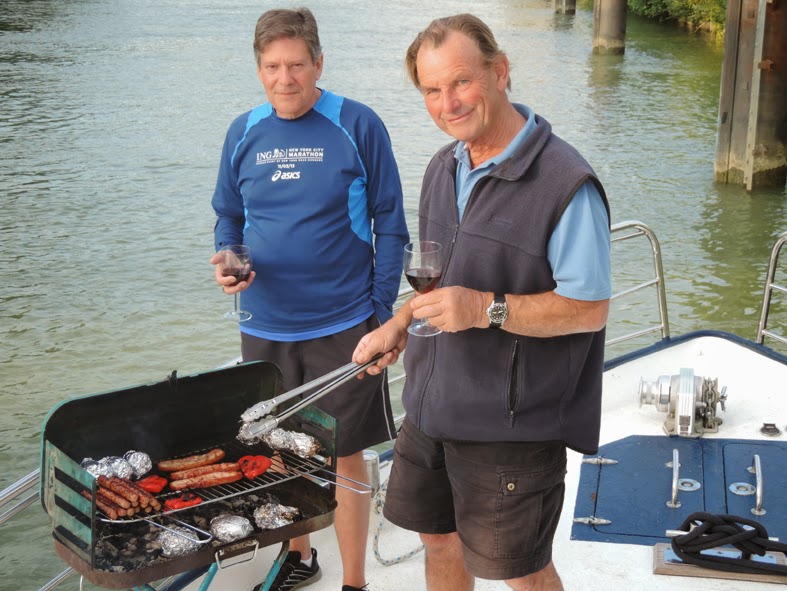 Evening BBQ on the river Marne 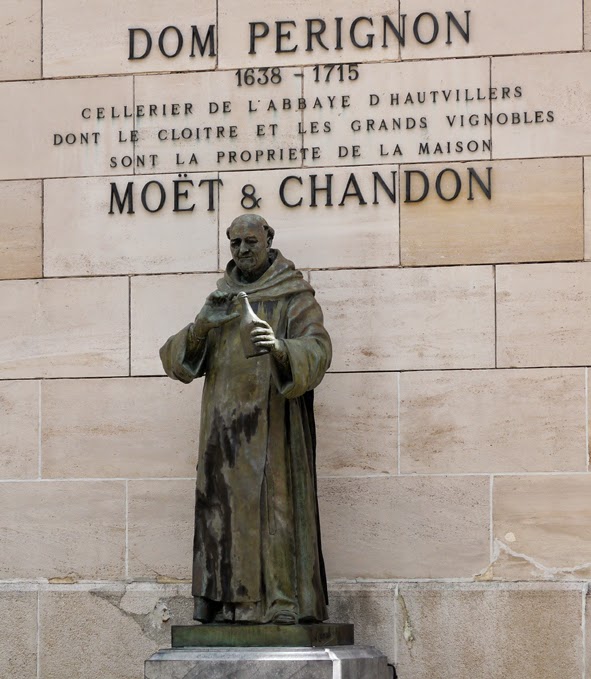 The man that started it all! 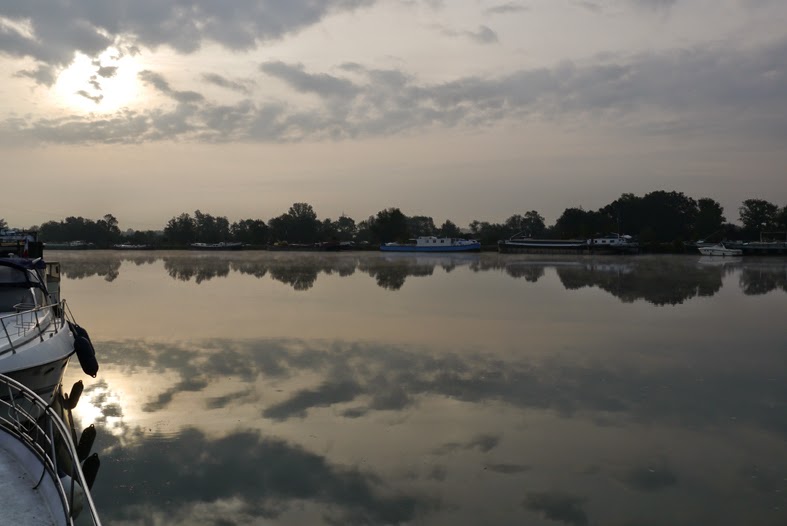 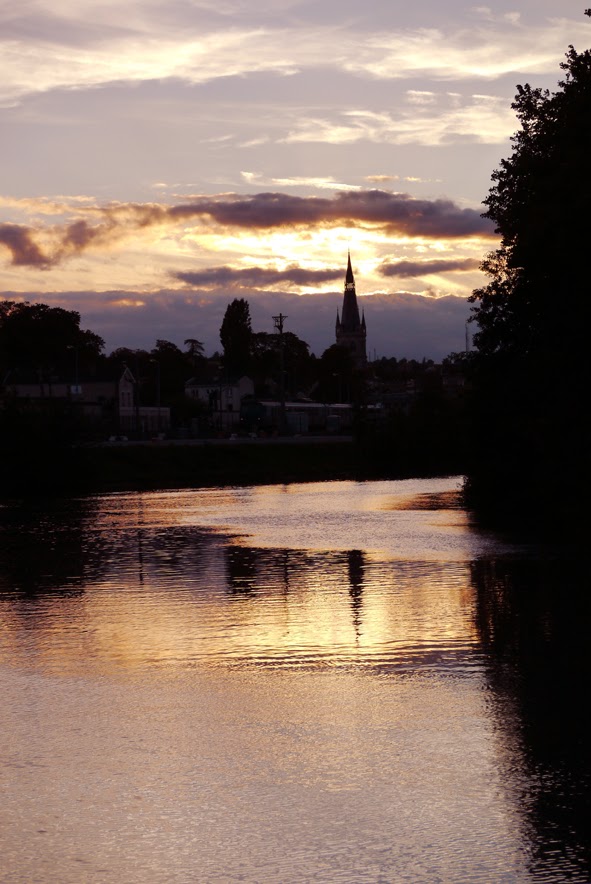 Sunset at Epernay
Posted by Charles Scoones at 11:32 No comments: