Flanders to The Somme, a Cruise !


Without intending or planning to trace this route, from Flanders to Pickardie, Our summer cruise has criss crossed the battle lines of the Great war. Grey skies gave way to blue as we headed inland.
We have passed through gentle rolling country in its summer mantle. The 90 years plus since, have healed the wounds on the land, but countless cemeteries and battle scarred towns tell a different story. 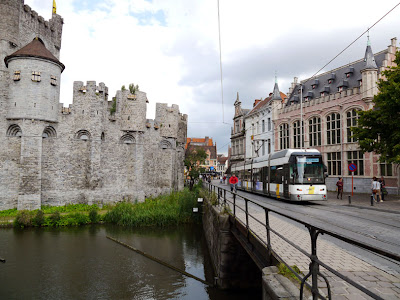 The old classiic Belgian towns of Brugges and Ghent survived largely untouched having been quickly overun in 1914. To moor up to stone wharves in these towns where merchants have brought their goods by water since before 1200, does set the imagination racing. 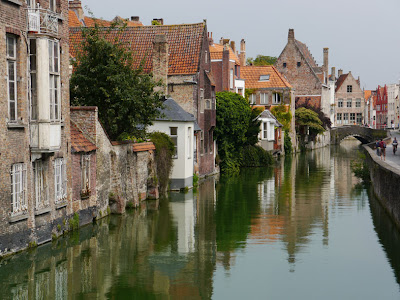 A few photographs cannot do justice to the architecture, but perhaps I can shed some insight into the Flemmish passion for ringing bells. The 'Belfort' tower in Brugge houses a massive carillion of bells rung either by a manual keyboard or by a huge rotating bronze drum studded with triggers.
All this atop a 75m tower! 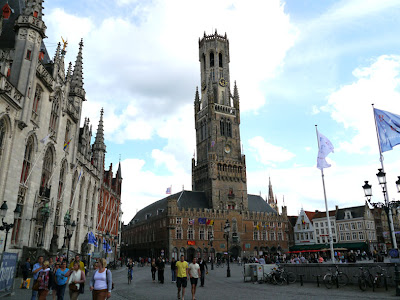 The 'Belfrie' and carillion tower, Brugge. 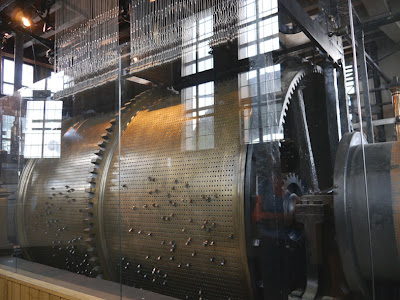 This drum rotates slowly, setting the bells ringing on the hour. 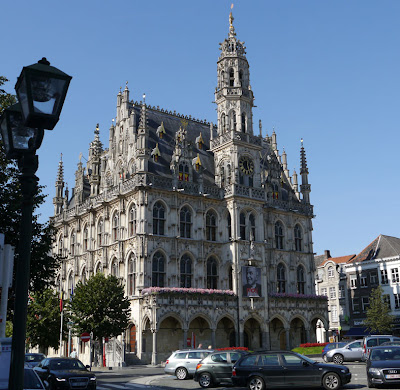 The town hall at Oudenaarde

Along the waterway we encountered very different architecture often in the forms of lifting bridges, including those that just rolled up into the air. 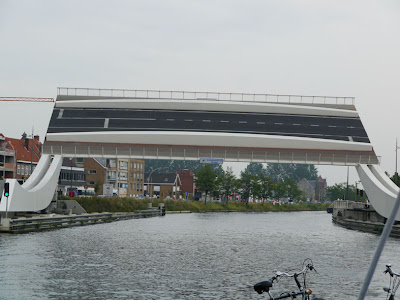 The road just lifted in front of us!

For those readers interested enough to follow our route, we cruised for a week on a ring route first down the Leie river, a delightfull winding waterway to Dienze, Kortrijk, along a little used canal to Bossuit, returning to Ghent via Oudenaarde, the scene of another but much older battle. It was finally time to get on our way towards France, This we did by heading east out of Ghent taking the tide down the Schelte river to Grembergen, and the junction with the Dendre river. 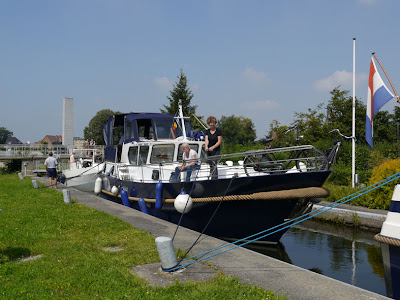 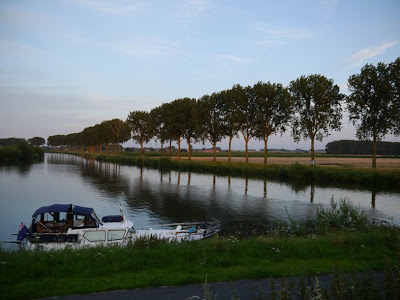 At Bossuit- Flanders, Wallonia on the far bank

For four days we met only three other boats along this old and little known navigation, that meanders out of Flanders and into Wallonia, the French speaking soutern province of Belgium. Mobile lock keepers would shepperd us through 36 locks over the summit and down to Blaton, wher we joined the main east west commercial waterway 'the Canal du Centre'. time to sit up and take notice. A water stop and crew change in Tournai and next stop France.

Posted by Charles Scoones at 13:47 No comments: