Our time cruising through Belgium had been a delightful surprise. while in the Netherlands we found boating very ordered and efficient, it needed to be, due to the sheer number of craft on the move.  Belgium we found was more relaxed and casual. waterways less travelled. 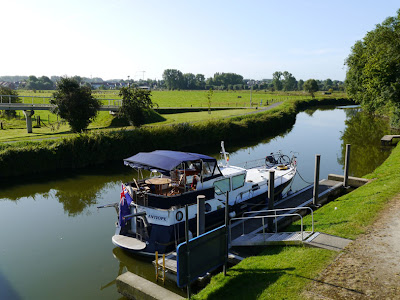 The Dendre river, our own secret waterway in Belgium 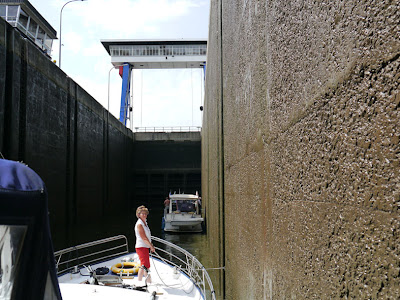 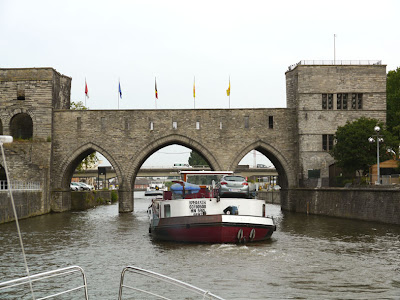 No room for error, negotiating the ancient bridge at Tournai 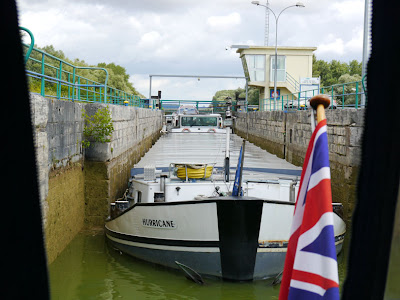 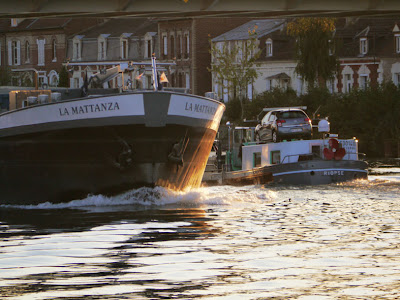 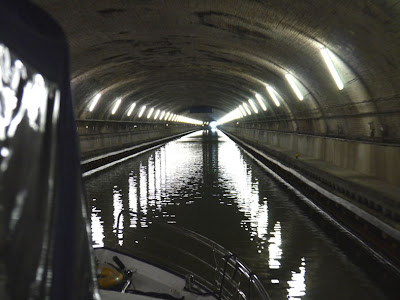 Canal du Nord, in the 4km tunnel at Ruyaulcourt
Crossing the border into France gave us yet another perspective. First impressions were of a waterway network in need of attention, our attempts to obtain the 'Vignette' or licence to cruise were frustrating, we were never asked if we had one, and in the end were told to get it in Paris, but then the outdated locks still work and by the time we reached Paris we had fallen in love with France, possibly helped by a spell of proper summer weather. 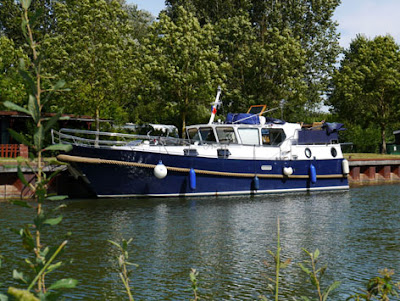 Antiope, Canopy down, ready for the low btidges of the Somme

Our route from Belgium took us along the Dendre river and the Arth canal, The canal du centre, the Escaut, and the great Canal du Nord.
We had been told that a visit to the Somme was a must do. we were not dissapointed. 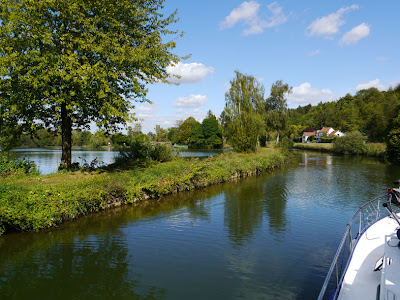 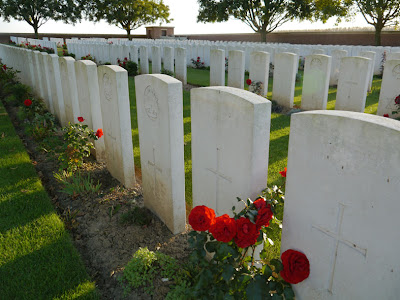 A Picardie rose in one of many WW1 cemeteries
The Somme, the scene of carnage in WW1, could not have been more tranquil. We cruised as far as Amiens and tarried a few days there, visiting the huge Cathedral by day and by night. 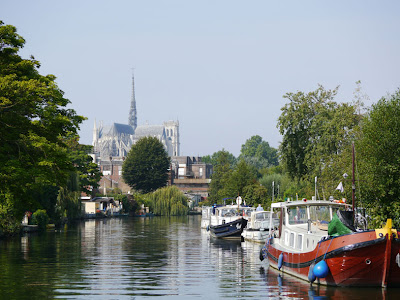 Arriving in Amiens, on the Somme river 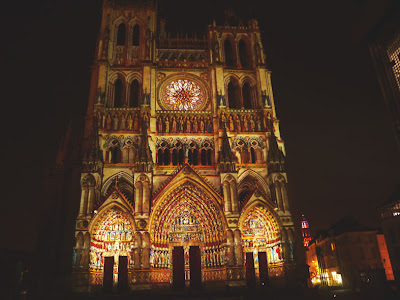 Amiens cathedral, an evening light show is a must to see

The days were beginning to shorten and the trees beginning to turn as we rejoined the Canal du Nord and headed further South towards Paris. we joined the Oise river near Compienne, where I visited the scene of the 1918 armistice, Standing by the rail track where in a railway carriage the conflict was ended, I wondered what had been learnt. 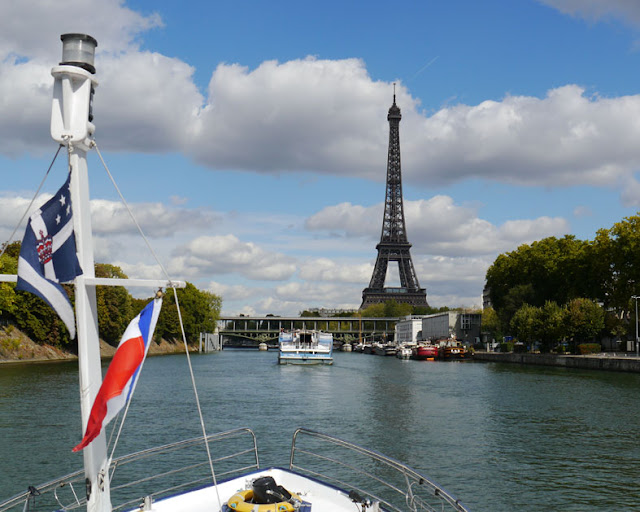 Another milestone, Paris.
Posted by Charles Scoones at 08:57 No comments: