Our first week back aboard Antiope, a busy time, getting all the systems working again. Antiope seems almost human, a bit cranky after her winter sleep, waking up stiff and not thinking clearly, We have coaxed her into life again, Soon we cast off from the handy security of the boatyard, to survive on our own again. 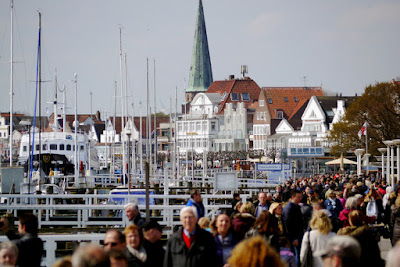 The Travemunde Promenade walk, to the beach.

Taking time out in Travemunde has been a delight. At first sight it is a seaside town, with a beach, a rare thing in Germany so the populace flock here when the sun shines. 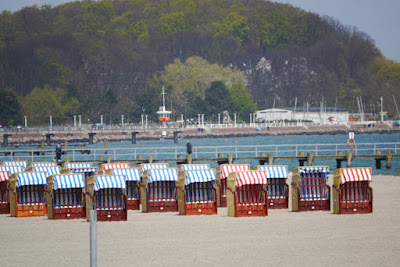 Germans have to pay to use their beach! Summer has yet to arrive!

To the maritime minded, history oozes all along the foreshore. The Trave river has carried laden ships from the Baltic up to Lubeck for many centuries. A narrow entrance quickly gives way to a sheltered harbour where today RoRo ferries and cruise ships arrive every few hours. Then turning to berth within metres of our marina. 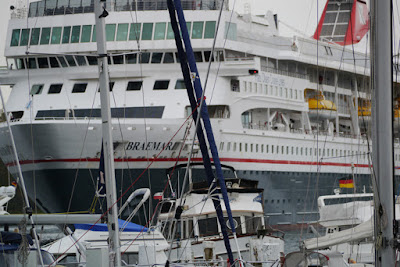 A tight turn for ships in the narrow harbour!

Across the harbour lies the 'Passat', the last surviving Windjammer of the flying P line. now a museum, built in 1911 By Blom and Voss in Hamburg, she doubled the Horn many times to bring valuable phosphate from South America. and grain from Australia. Her sister ship 'Pamir' became a victim of war, being impounded in Auckland at the outbreak of war in 1939, Under the NZ flag the Pamir was lost at sea during a storm in the Atlantic in 1955. 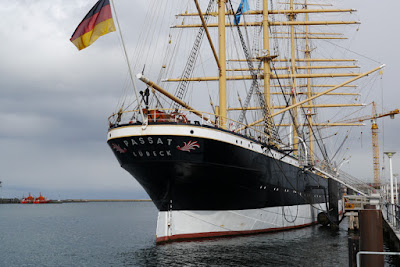 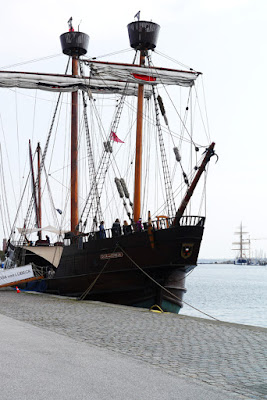 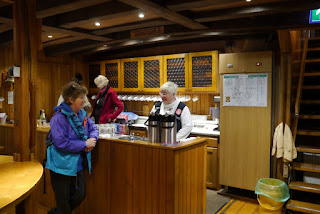 Below decks is a bar.
Lisa von Lubeck was built by a group of enthusiasts who wanted to recreate a true Hanseatic trader. with only old paintings to work from the project took 5 years. A seagoing vessel, she has sailed to England and the arctic reaches of the Baltic.

Posted by Charles Scoones at 22:31