Despite the terrorist dramas across Europe, we felt at ease in Berlin, and were able to show our Kiwi guests around this time with some local knowledge.  We also had time to look deeper into Berlin's turbulent past. 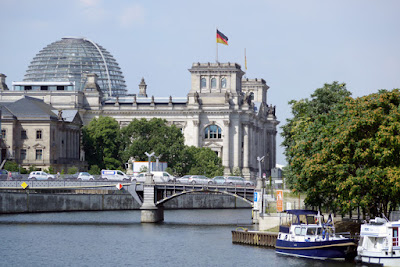 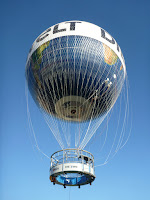 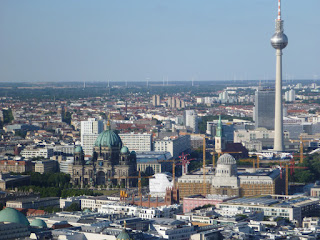 During the Cold War Glienicker Bridge was used to exchange spies, Antiope is moored on the 'Russian' side. The bridge is painted different colours on either side of the old border. 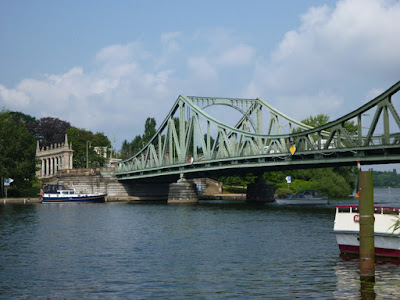 The Bridge of Spies, 'Glienicker Brucke' 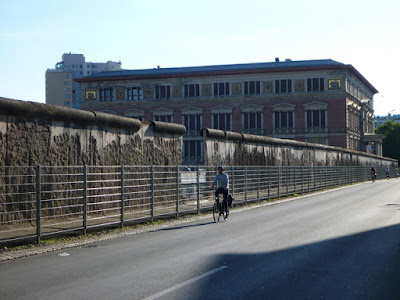 The Wall is preserved in places around Berlin 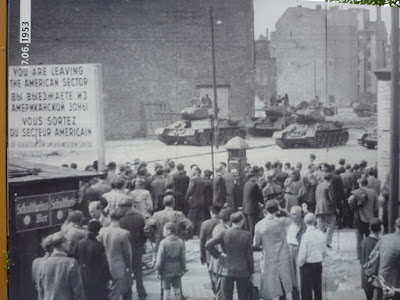 Checkpoint Charlie. Then and now, 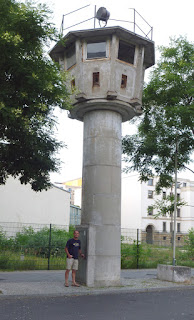 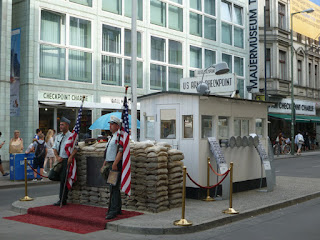 The Author poses by a remaining
crumbling watch tower

A more contemplative day was spent at Sachsenhausen concentration camp only a few kms north of Berlin. During the Nazi regime more than 200,000 people were held here, few survived. Followed by the Soviet era when 60,000 political prisoners were also held here. 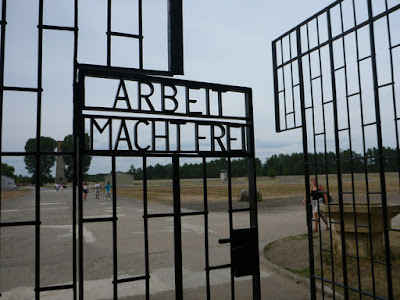 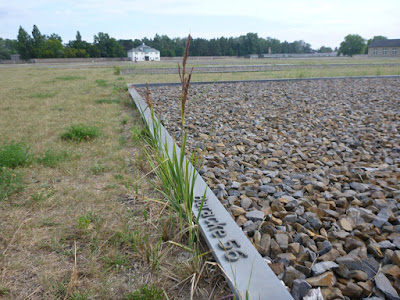 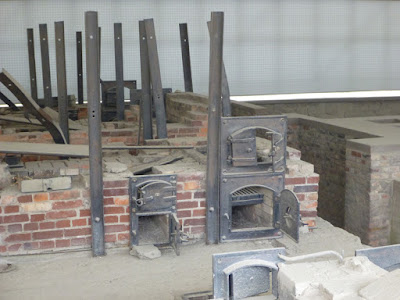 What remains of the crematorium ovens.
Here thousands of bodies were disposed of. 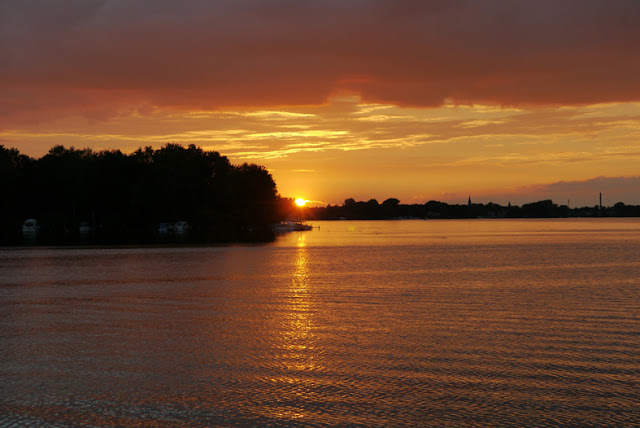 To finish on a brighter note, a lake anchorage at sunset, only 10 kms from the city centre