Having left the Rhine river, we entered the Mittelland canal, a stretch of waterway that crosses most of Germany with only 3 locks. The canal is not exactly scenic, especially in the rain. At Potsdam the skies cleared and we anchor in the lake for a BBQ. 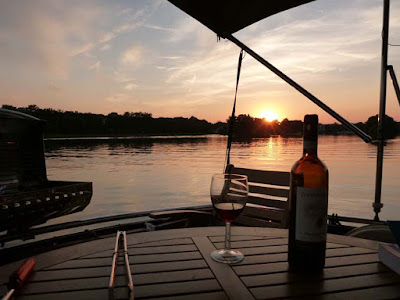 A quiet evening on Potsdam lake 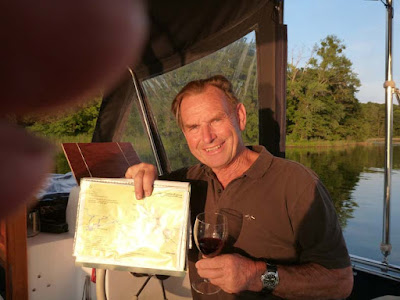 The last page of the route from Nancy some 1200 Kms 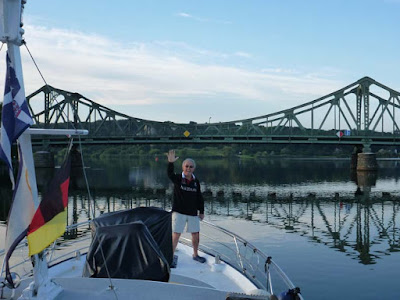 A series of lakes lead us to Spandau where we join the Berlin waterways, and a spectacular entry into Berlin 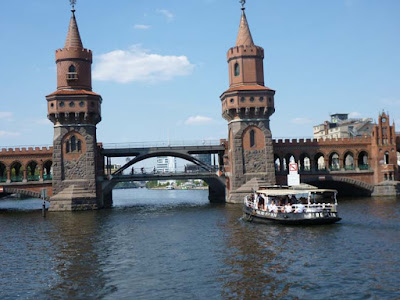 A spectacular entrance to an amazing city. 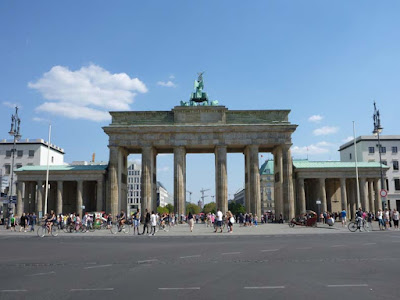 The picture says it all 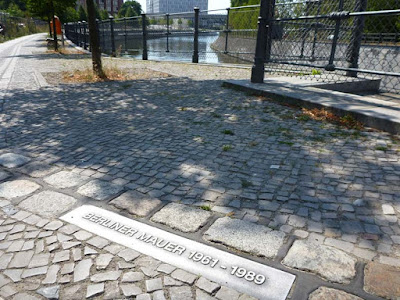 The Wall was here, right alongside the waterway. 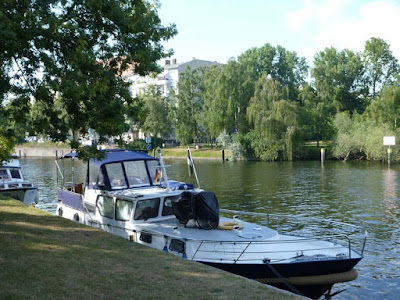 Posted by Charles Scoones at 10:02