On the banks of the Thames river, 800 years ago, King John put his name to the Magna Carta at Runnymeade.This was the founding document of  British democracy. 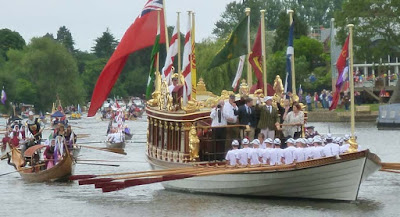 The royal barge Gloriana., A gift to the Queen at her Jubilee, was completed in 2012 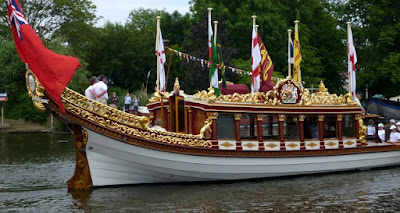 Gloriana, 29m long and pulled by 20 rowers on her passage down the Thames to Runnymeade

I had an invitation from my old sailing mate and co-author of Swatchway Magic, Paul, to head over to England for the weekend,  Apart from the appeal of a Thames side beer or two, there was to be a river pageant leading up to the Queen returning to the site of the original signing at Runnymeade, all happening close to their riverside home and Antiopes' first port of call when we first bought her 6 years ago. 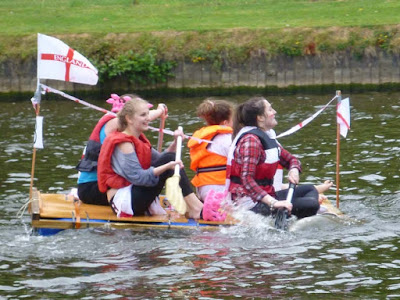 
The weekend turned out to be filled with very British events, The Queen inspected her troops at the trooping of the colour as her official birthday treat, the annual Shepperton raft race, and the grand river parade. 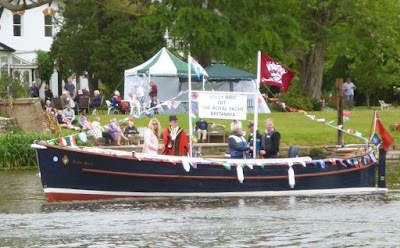 An original jolly boat from the Royal Yacht Britannia

Could only be in Britain !

Altogether a very British weekend, topped off by NZ winning another cricket match.