14th August.
Over the past week we have been making our way Westwards along the 400kms of the Mittelland canal, which cuts across Northern Germany in an almost straight line. Some boaters have described this passage as tedious and boring, we have found it anything but, with friendly boat clubs and small town marinas at the end of a day's run. 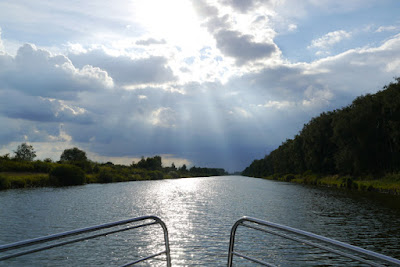 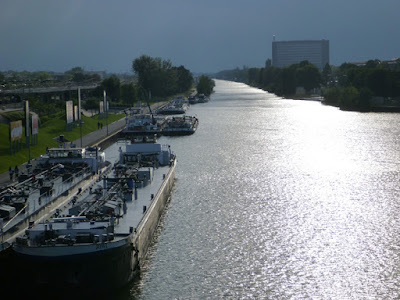 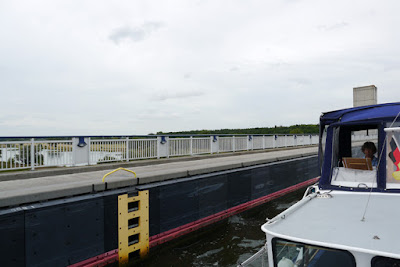 We cross high over the Elbe river on the Magdeburg aquaduct 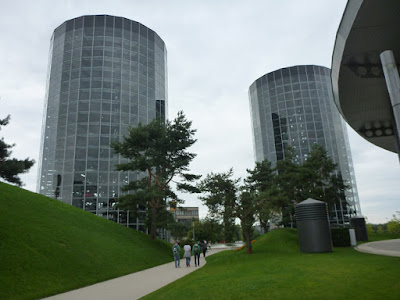 Wolfsburg, the home of VW and the Autotowers

Like a giant toy, new cars are picked or parked
by a robot 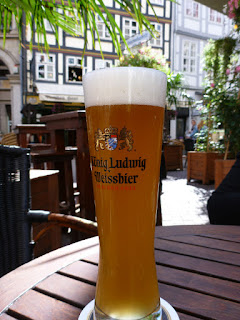 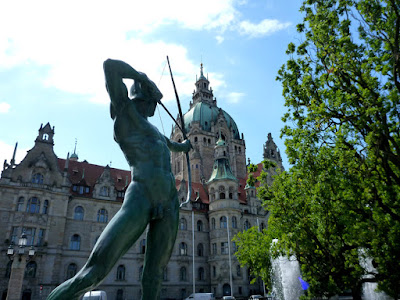 The 'New Town Hall' Hannover built 1913 was paid for in cash!

Outside the Town hall or 'Rathaus', an archer aims at the office of the Mayor. Could Auckland do with a similar statue? 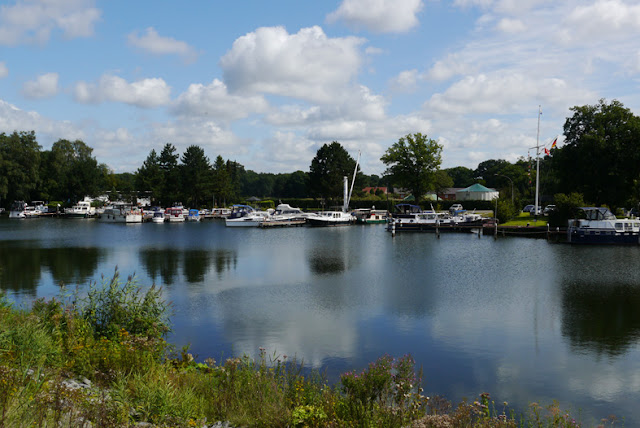 Antiope takes a rest at the Osnabruck Motor Yacht Club

The very hospitable folk at the OMYC made us welcome on a side canal only a few kms diversion from the Mittelland. From here we head North down the Ems -Jade canal to Haren where we turn west and cross into the Netherlands.

Posted by Charles Scoones at 09:25