Having said goodbye to Sonderburg, our last port in Denmark, we cruised up the long Fiord to Flendsburg, in Germany. The port of Flendsburg has special meaning to me, having read 'The Riddle of the Sands' many years ago. That maritime spy story began here, and the historic seafaring town lived up to the image in my mind. 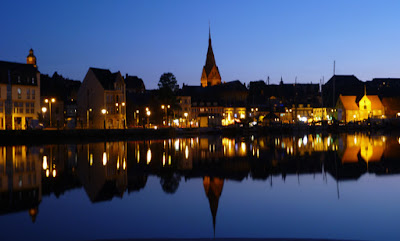 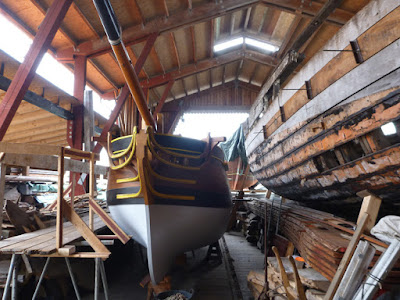 Flendsburg. A contrast in boatbuilding

In the waterfront boatyard were restoration projects, alongside an authentic but scaled down 'Man of War' being built. 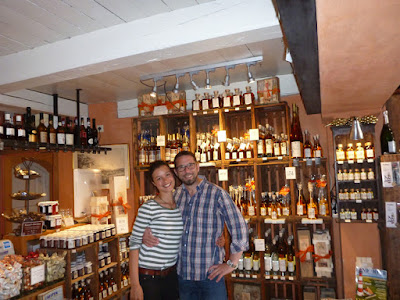 The current 'Braasch' generation, look after the family Rum business

Flensburg, was once in Demark with a History of bringing Rum from the once Danish Carribean islands. We visit the last remaining family owned rum suppliers in Flendsburg.

We arrive in Kiel on a windyregatta day.

Our passage back South was to be via the Kiel canal, arriving during Kiel regatta week. 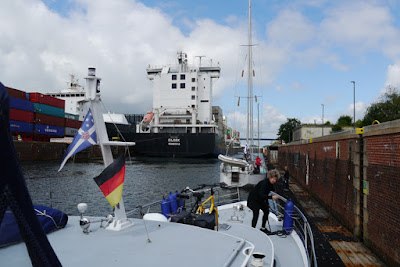 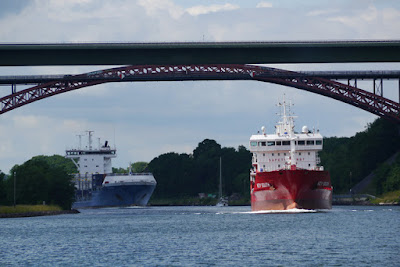 Traffic on the Kiel canal, the busiest man made waterway in the World 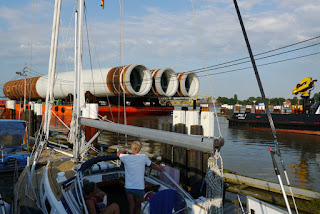 Wind farm towers on their way down the canal 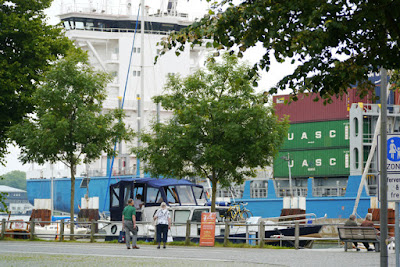 Antiope in the shadow of ships entering the locks day and night.

In Brunsbuttle at the Western end of the canal, we join the Elbe river which will take us up through Hamburg and on our way Berlin, once more.

Posted by Charles Scoones at 10:20