On the 18th May Antiope finally reached the highest navigable point in France, 378m above sea level.We passed through the last lock, Ecluse no 1. to moor in the basin at Pouilly en Auxois.

Top lock, Ecluse no 1, the summit
Since leaving Migennes we have negotiated 114 locks, much of the time in pouring rain, not much fun with the canopy down. The bridges on the Bourgogne canal have a air draft of only 3.4 m or 200mm spare for Antiope. 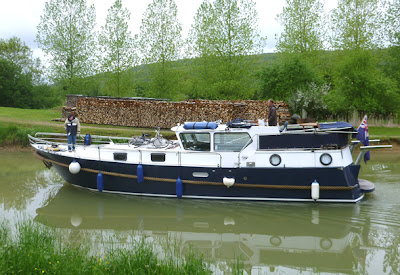 Antiope in low profile mode, in the rain! 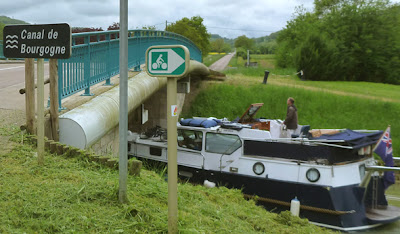 Air draft limited on the Bougogne.

According to the lockeepers this May has been the wettest in memory. 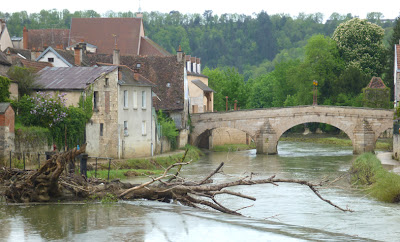 Aftermath of flooding in Montbard.


The aftermath of flooding two weeks ago is very evident, with massive trees having been swept down the rivers. Altitude plays tricks with the barometer, we could also claim the storm of the century by the weather outside right now. 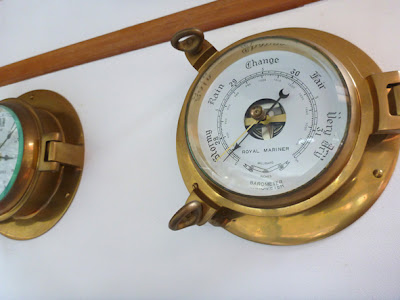 Our barometer plummets as we climb the hill.


Our next hurdle is the Pouilly tunnel over 3km long and likely to be a tight fit for us. Watch this space.
Posted by Charles Scoones at 10:35